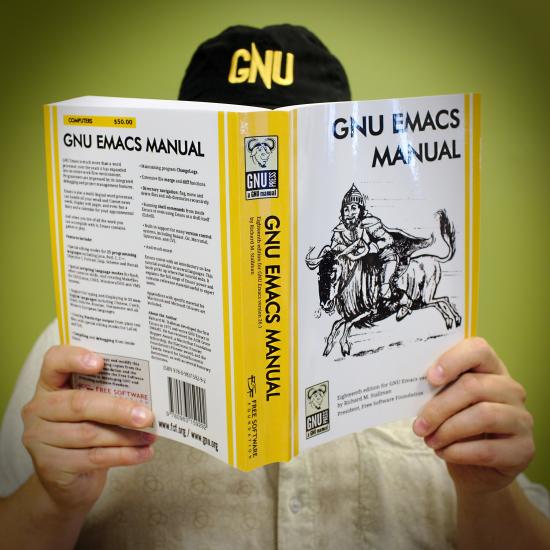 GNU Emacs is much more than a text editor; over the years it has expanded into an entire work flow environment. Programmers are impressed by its integrated debugging and project management features. Emacs is also a multi-lingual text editor, can handle all your email and Usenet news needs, display web pages, and even has a diary and a calendar for your appointments. When you tire of all the work you can accomplish with it, Emacs contains games to play.

Special editing modes for 25 programming languages including Java, Perl, C, C++, Objective C, Fortran, Lisp, Scheme, and Pascal.
Special scripting language modes for Bash, other common shells, and creating Makefiles for GNU/Linux, Unix, Windows/DOS and VMS systems
Support for typing and displaying in 21 non-English languages, including Chinese, Czech, Hindi, Hebrew, Russian, Vietnamese, and all Western European languages
Creates Postscript output from plain text files and has special editing modes for LaTeX and TeX
Compile and debug from inside Emacs
Maintain extensive ChangeLogs
Extensive file merge and diff functions
Directory navigation: flag, move, and delete files and sub-directories recursively
Run shell commands from inside Emacs, or even use Emacs as a shell itself (Eshell)
Built-in support for many version control systems, including Bazaar, Git, Mercurial, Subversion, and CVS .
And much more!
This book picks up where the introductory on-line tutorial, available in several languages, included with Emacs, ends. It explains the full range of Emacs' power and contains reference material useful to expert users. Appendices with specific material for Macintosh and Microsoft OS users are included. Download an electronic copy of this book

This book is also available as part of the All Things Emacs bundle. A downloadable copy of the book in .pdf format is available here.

Richard M Stallman developed the first Emacs in 1975 and wrote GNU Emacs in 1984-5. He has received the ACM Grace Hopper Award, a MacArthur Foundation fellowship, the Electronic Frontier Foundation's Pioneer award, and the Takeda Award for Social/Economic Betterment, as well as several honorary doctorates.