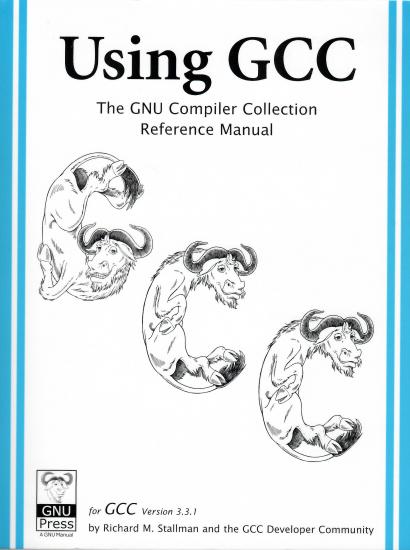 The definitive reference manual for the most widely used compiler in the world, written by the program's original author and its current developers. The GNU Compiler Collection is a full-featured ANSI C compiler with support for C, C++, Objective C, Java and Fortran as well as libraries for all these languages, such as libstdc++ and libgcj.

- The complete list of GCC command options.
- All the Objective-C runtime features.
- GCC support for C and C++ language standards.
- Extending C and C++ beyond the current standards.
- Special features of GCC's C, C++, and ObjC support.
- Fine tuning programs for your platform of choice.
- This reference is intended for intermediate or above programmers. It assumes that the reader is already familiar with the basics of either C, C++ or Objective C languages. This edition of the book covers new features included with GCC version 3.3, while remaining compatible with earlier versions.

Richard M. Stallman is the original author of GCC and this manual. He is the founder of the free software movement and the GNU Project. He was recently awarded the 2001 Takeda Award for Techno-Entrepreneurial Achievements in Social/Economic Well-Being. He also co-wrote the GNU Press' Debugging with GDB and GNU Make manuals.

The GCC developer community has been improving GCC since its first release in 1987. They are a world-wide community of individuals and companies dedicated to developing GCC into a world-class optimizing compiler, able to run on a wide variety of systems. It is a diverse community of free software enthusiasts who develop libraries, documentation, test cases, optimization techniques and continuously expand architecture support for GCC.